with humor and faith

This "humor" is the response to the humiliation of a poor disabled tourist by Dalmau's decision to occupy pedestrian sidewalks by abusing authority and contravening the laws (click here to view the complaint).

You will NOT find WASTE CONTAINERS in "HIS" square, from the Hotel les Illes Estartit, and you see that it is wide (he says it on the street of the Port to put waste containers and charge lorries under the sidewalks) the day after tomorrow put the containers legally (we are not giving ideas), and here in the square do they put signs of prohibited restricted) parking and unloading. Before, this were streets where cars and lorries go in and go out, and also parking there. Before to privatitation of the square of Hotel les Illes Estartit.

Before streets. Now, a square, from Hotel les Illes Estartit.

Of course, they want the trucks not to reach Sta. Anna Street across the street from the Islands, where are the Hotel les Illes Estartit, and so they will go around Port Street and park at the top of the pedestrian sidewalks. In the plaza, pedestrians will not be diverted from their itinerary nor will they be crossed the road where vehicles circulate.

The bollards here are put in addition that the sidewalk has "curb" or hike. In the street of the Port and the Beach the sidewalks do not have "curb" and also the bollards are removed. Abuse of authority demonstrating unequal treatment and condition. They have it all to "nun's tit" for their business. The same happens with the other of the same local party l'Est (click here).

At the top prohibition and restriction for superior people and their business. Down the car park in the street of the Port on the sidewalk of pedestrians, street subjects and "inconsiderate" (for others). 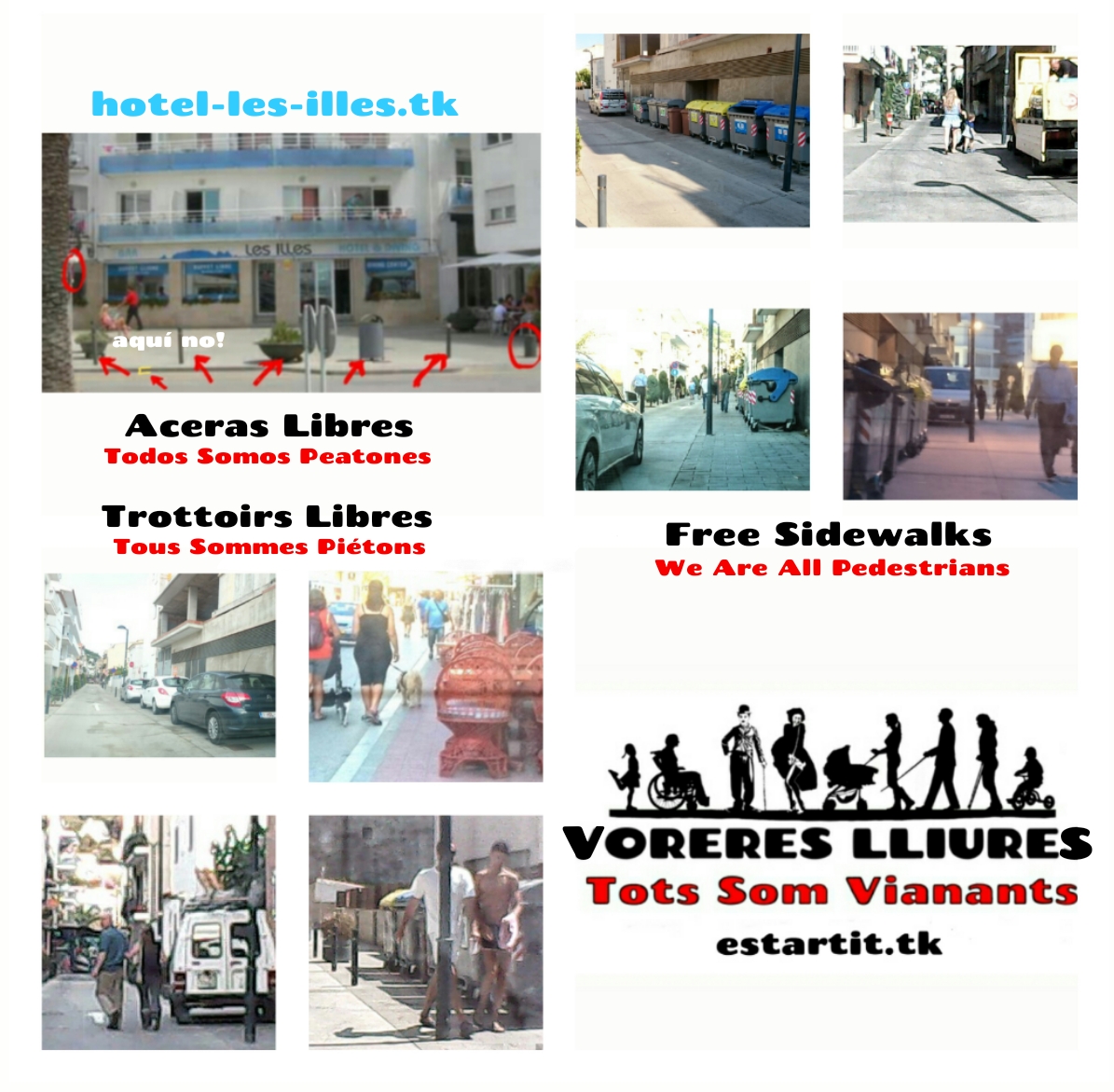 With humor we baptize the front place of this place like the "Plaza of the Treasure Island". Upstairs an image where the greed and eagerness for power of these pirates (like in the famous novel of Robert Louis Stevenson) will turn into conflicts and unhappiness as destinity.

The writings and denunciations ... without answer (occupied in their affairs?).

Busy in their things?

THEY TO THEIRS THINGS ... they are putting pilones, remote controls, planters, benches, litter bins, signs ...

Privileges taken outside the law (without regard to neighbors and pedestrians). This is the incivity of the authorities.

While proclaiming his motto: "L'Estartit we are all," when there are some with privileges and without respect to the Ordinances and the law, and the other subjects.

In light brown colour (important!) ..places compatible with pedestrians where in the past had been occupied legally by waste containers and lorries loading-unloading, always legally (the light brown of the whole right represents that further in thelittle square of Mr. D. is restricted the entrance to lorries to the street "Les Illes" to reach the middle of St AnnaStreet (the Main Street)- why? Who lives there?

Wee also ask you that on the Barcelona Street (that communicate with St. Anna Streetby short passage or corridor) where in the past were the waste containers and the most important lorries load-unloading ... Who lives? Don't you tie up loose ends? .... yes, YES.... "loose ends".

In blue sky colour ..... other places where you could legally locate waste and loading-unloading.

Although doing other types of waste collection, there would be no one-and-a-half months of tourism to "shit no place" for the whole year and they make so much noise and noise in the pedestrian's legitimate mobility. All of this "a lot of noise and few nuts". They do that in the name of tourism, business...but just to wind votes. And while they fix their ownstreets.

These violations of the rights of pedestrians occupying sidewalks have already been denounced by different people to the police, disabled people and tourists ( then they say that do it "in the name of" tourism or business .... and... bla, bla, bla ...), which have been saved from being thrown or have refused to circulate on the road where the vehicles do.

Residents against the authorities on the catalan channel TV3

We have been FORCED to pay for these new streets of our village, in times of crisis, AGAINST OUR WILL (charging a lot of money by the non-existent floors flats that could be made in the future - but why if we don't want to do now or neither tomorrow - under threat of seizure and against our will - that has another name we think - in our case about 80,000 EUROS. Not a "small prank"...  they think perhaps we're going to collect or harvest money in the garden !!! click here).

AND NOW, above all, THEY TAKE OUT THE PEDESTRIANS SIDEWALKS for disavow or unwilling to manage it better. And also, AGAINST THE ORDINANCES AND LAWS IN FORCE. Illegitimate. That's not clever and not graceful. Waste containers and lorries loading and unloading are managed interfering with the mobility of pedestrians. And they charge commercial premises, money, to occupy the sidewalk of pedestrians with tables and chairs making terraces. They still MAKE PROFIT from THIS ILLEGAL ISSUE.

Do they want to get juice out of the stones!?

Do they want to exploit the donkeys?!!

Give us back our moneeeeeeeeeeyyyy.

The sidewalks are in the public domain, are of everybody, aren't yours.

Do not deprive us of fundamental rights and freedoms. We want to walk with peace and security. Sidewalks in any other civilized place are for pedestrians.

We has been allowed them too much and now they has not limits.

WE ARE ALL PEDESTRIANS

They should change the slogan

for another more realistic:

Or another more humorous:

"The East from the West"

They made licenses out of low... see the photo

They doesn't care persons or tourists, they only love business. 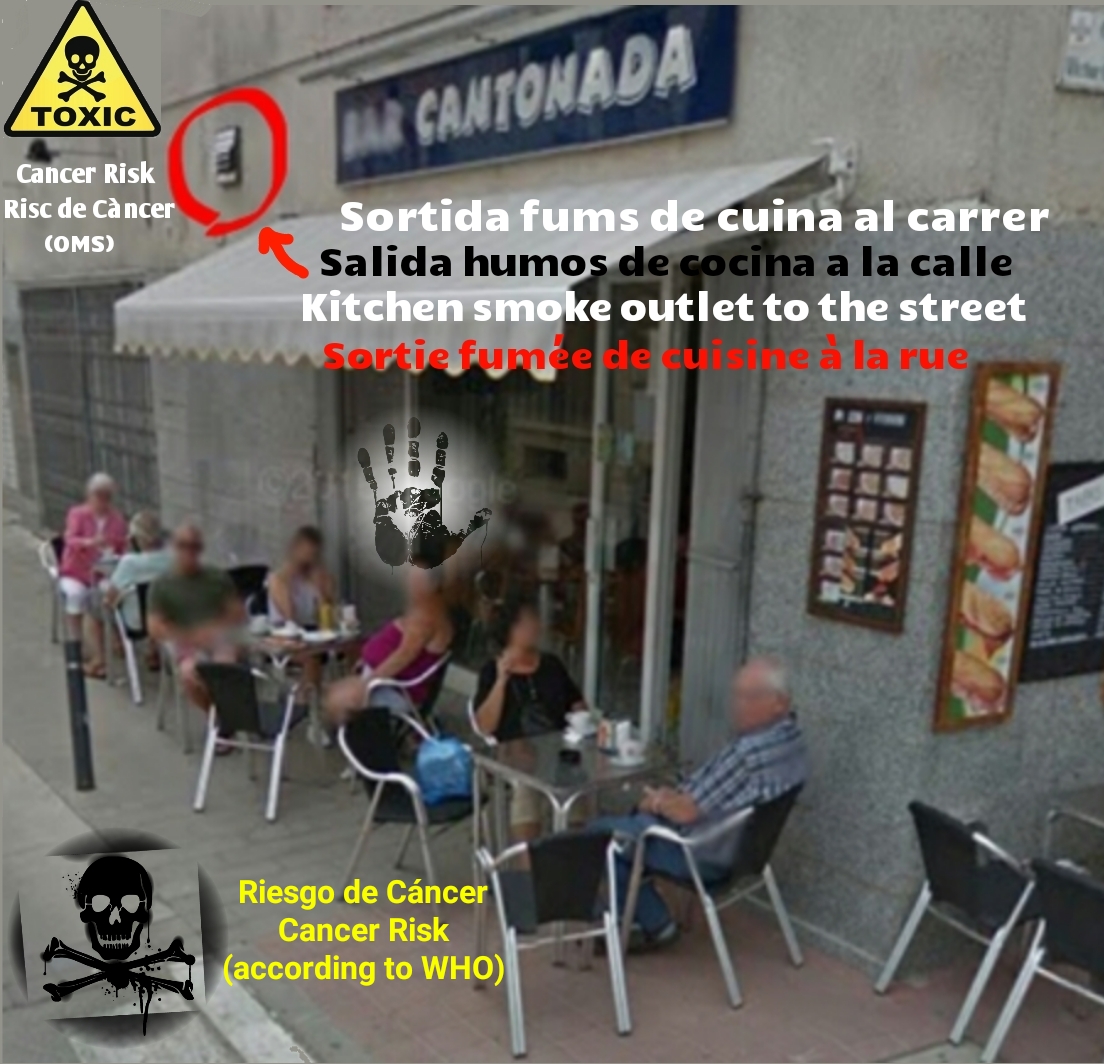 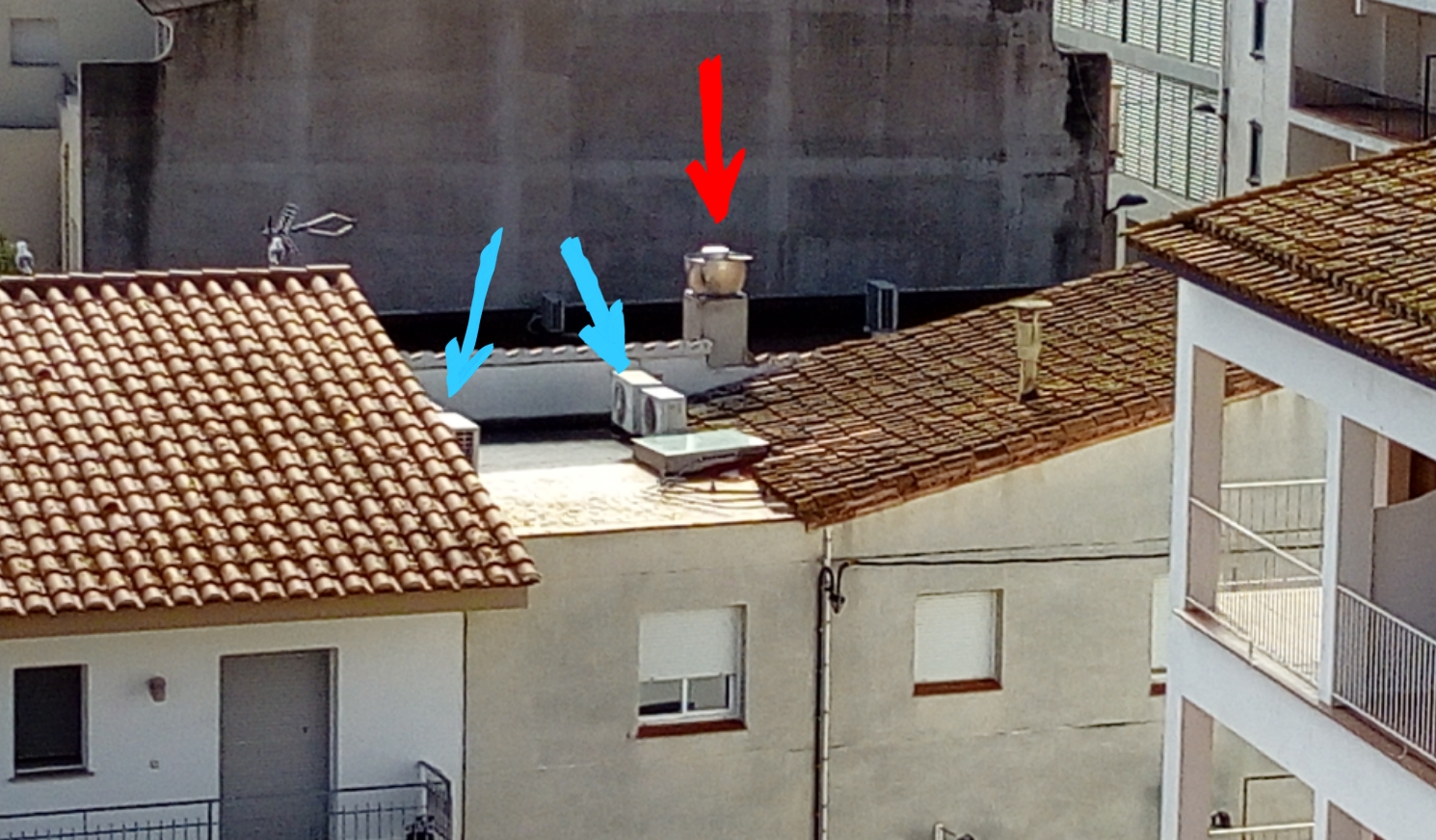 One wonders what content or meaning they attribute to their concepts and words they use. What congruence they show between their words and their deeds.

Commenting that the day he hung the banner of Kings personally was there. We helped where they left us. All at once a person shouted that they all leave the room, from which the balcony was to hang the banner: "L'Estartit Independent". Room and balcony of Hotel Coral, where we lived. Some authorities no longer remember their beginnings and footsteps in politics, nor the people around them (and speak of the strength of "People" or "people").

They don't remember the times we left my horse and also the cart or "xurqui" to do the cavalcade of kings. Besides that my father was one of the first organizers of the cavalcade of Kings (and now with a handicapped stroller must go where the trucks, the road, and not the busy sidewalks).

Nor do they remember the years that we took the film projector in the rectory and that every Sunday afternoon we made films for the children. Without any economic interest. And the painting contest that we helped organize, etc ... We even shot a movie from the West (not the East West) format Super 8 where the young people of that time were leaving.

We always vote LEI and then L'Est (our parties) until we saw that we were harmed by different ways:

new streets with the "serious" economic tort paying for parking where there is a garden and also for plants and "ghost" floors that "no exist", permits to a neighboring work without inspections or controls that generates humidity, danger of the crane a whole winter, permanent noises daily of the collection of waste, neighbors that occupy the public sidewalks with tables and chairs, the neighboring pizzeria with its noisy pizza cooling engine and super-frozen food, dancing noise from the neighboring hotel daily inside the rooms all summer ... a disregard and a total disregard for the complaints to authorities and all that you can find in the protest website and its sections and links (click here).

Now, we ask for simple rights and fundamental freedoms. The return of the pedestrian sidewalks, something that in the majority of municipalities does not have to ask for. The legal, the "normal". Let's go. This is backwards. And let's not talk about the economic damage explained above. It seems that here they want to "take the car by the stony ground". 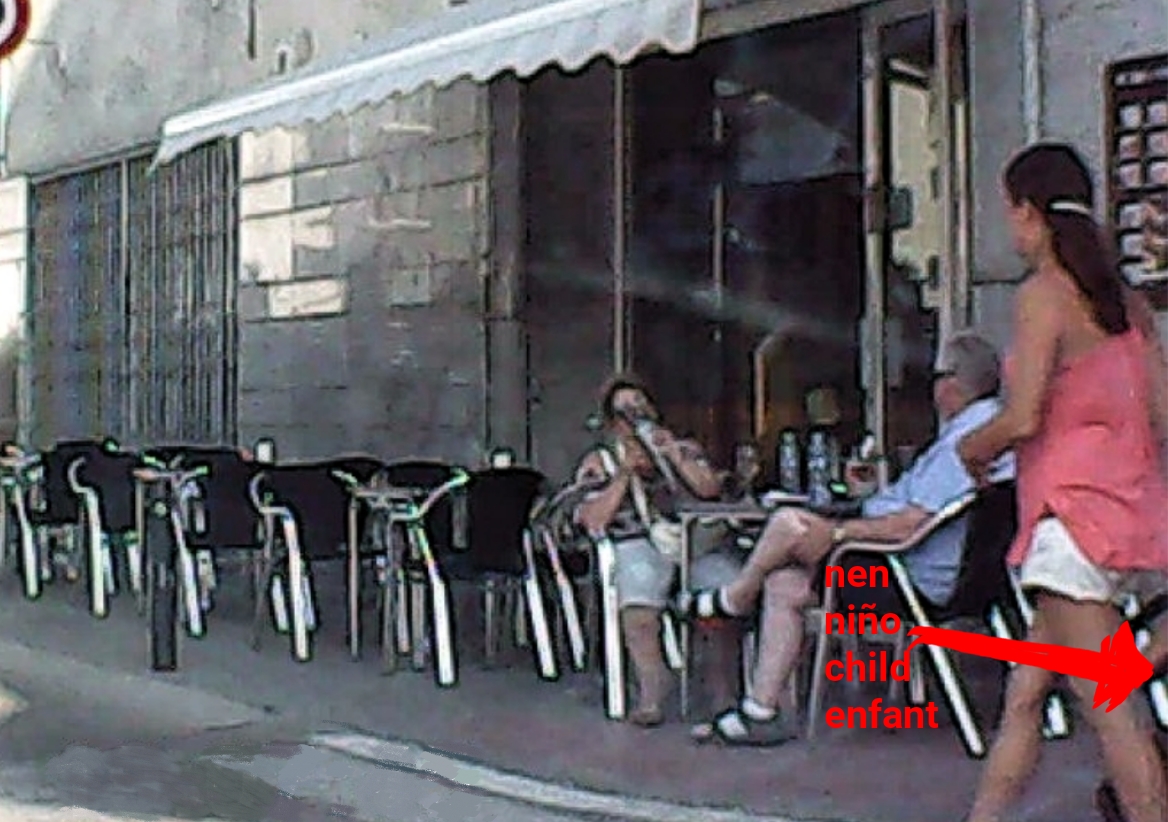 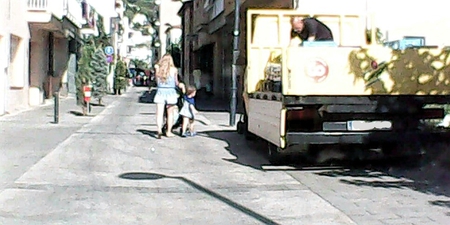 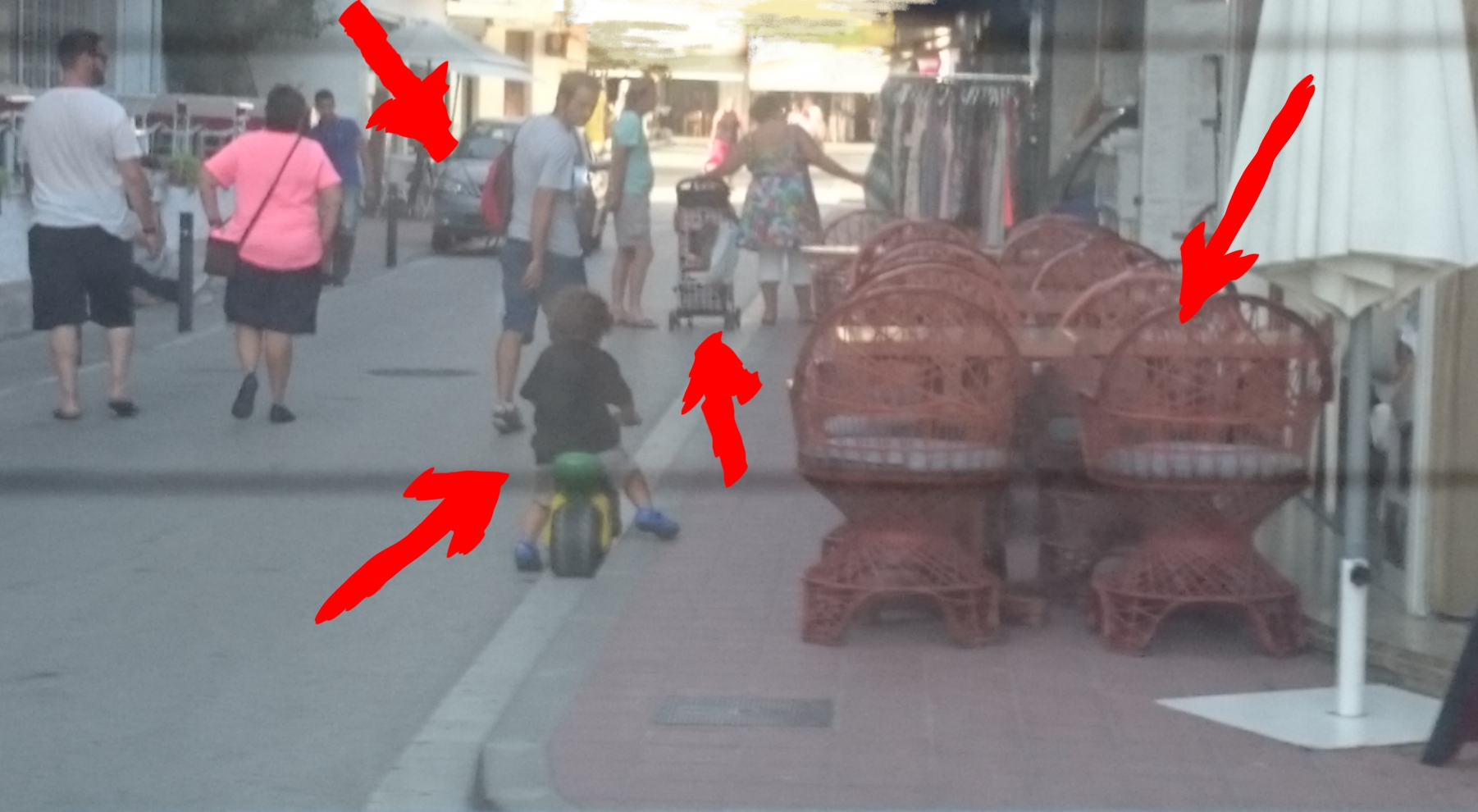 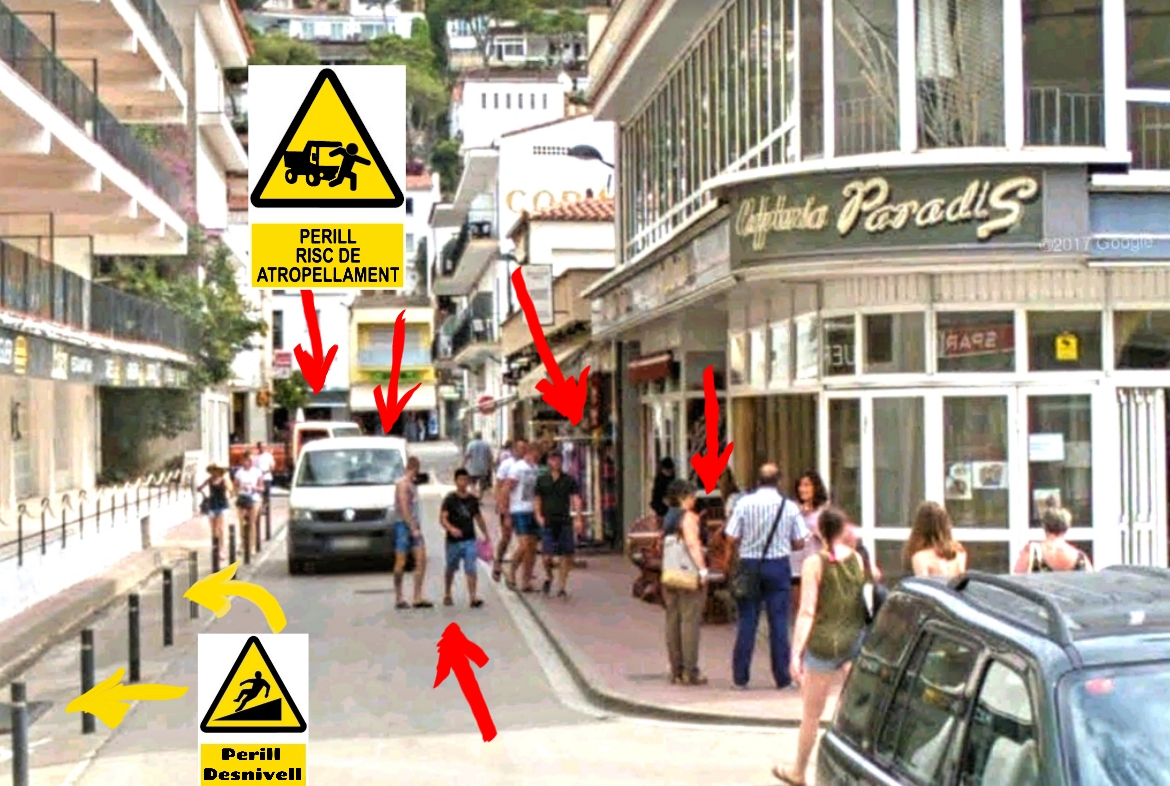 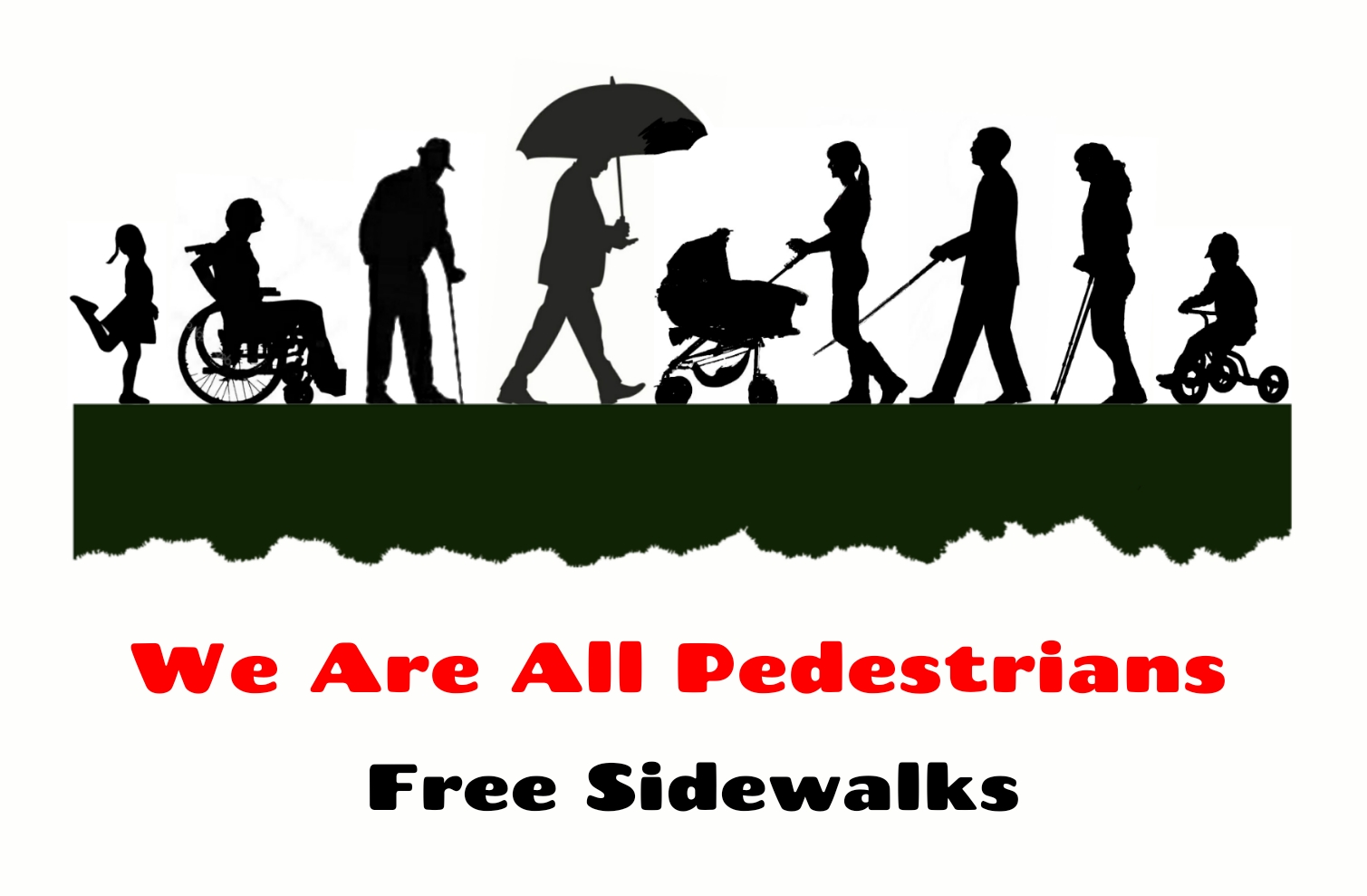 We recommend you read our web pages:

*On the sidewalks of illegally occupied pedestrians,

*About narcissistic and sadistic traits, and superiority and abuse relationships,

*On the mistreatment of tourists and the disabled,

*On the misconceptions and the supposed control of tourism,

*About people who practice abuse with impunity,